With more than 10 NFL clubs currently using RockDaisy for their data reporting and visualization needs, and with ongoing trials leading us to forecast that over half the clubs in the NFL will be leveraging our platform by the start of next season, we’re proud to announce that RockDaisy has become the most widely-used sports data analytics and athlete performance platform in the NFL.

The more clubs that sample the RockDaisy platform, the more they realize how seamless and hassle-free data reporting and visualization could and should be. That’s because we built RockDaisy specifically to address the key reporting issues facing sports organizations

Let’s take a look at those three core issues, and how RockDaisy addresses each one:

As every front office personnel knows, planning a roster isn’t as simple as finding the 52 best players for your team. There is a plethora of moving parts to consider, such as injuries, trades, legal troubles, contract disputes, unpredictable player performance and locker room conduct.

To incorporate these numerous dynamics, NFL teams rely on an army of professional scouts who monitor practice squad players, scout team fill-ins, opponents’ benches, and even the CFL, Arena Football League and soon-to-be XFL. Coaches and front office personnel may cut or trade players on the fly, which means they need to have all of the available data at their fingertips so they can act on it in a timely and thoughtful manner. And because every NFL team uses a slightly different grading system (numerical systems, color schemes, phraseology), the reporting needs to be adaptive and highly-flexible.

RockDaisy was developed with these features in mind. Our player cards and score cards let you include the most important metrics in your analysis, whether numbers, colors, headshots, logos or anything else. And our streamlined UX/UI was designed for the non-tech user, so even coaches and front office personnel can produce or edit reports without the help of the IT department.

To top it off, our platform integrates with the most popular video solutions including XOS, DVSport, TVTI, YouTube, and many others. So you can effortlessly play video while analyzing player stats and performance. We also integrate with popular third party content providers, like Excel, Catapult, Zebra, Forcedecks, Vald perfomance, Sport Radar, TrackMan/StatCast and many more. Our entire interface was designed to be as hassle-free as possible. Which is why so many clubs who try RockDaisy end up signing up.

Player contract and team spending analysis can be as layered and complex as the advanced scouting – often times even more so. When in the midst of a contract negotiation, front office personnel need speedy access to the most recent and reliable data points. RockDaisy provides this by updating our system in real-time, so every user has access to the latest reports and dashboards, whether you’re on your computer, mobile phone or tablet.

Teams leverage RockDaisy’s built in “form builder”, which allow them to create their own data entry forms (with no code) to capture any kind of data they want. For example, player contract and scouting data.

Our player contract module includes a dynamic player search feature so coaches and personnel can easily access all past and present contracts. And by integrating with third party platforms like Excel, RockDaisy can seamlessly incorporate build-out models and forecasts into its reporting.

Having built the NFL League Office’s Analytics Department and managed it for 20+ years, RockDaisy’s founders – Chris Tanck and Elvis Pereymer – are keenly aware of the bespoke needs of front office personnel when it comes to data reporting and visualization. With its simple point-and-click, drag-and-drop technology, RockDaisy was built specifically to address those needs.

Measuring player performance in practice and the weight room can be just as valuable as measuring it in-game. RockDaisy’s platform enables teams to centralize and analyze athlete performance, wellness and injury risk data. We collaborated with top Sports Science, Training and Strength & Conditioning Coaches to improve athlete performance both on and off the field.

As a result, our strength and conditioning module includes the most popular entry forms for Athlete Managers, including health and wellness forms, injury reports, athlete scoring systems, and many more. Our Athlete Management System comes with prebuilt report templates and forms/questionnaires which connect to your database. Our system also lets you create your own reports/forms/questionnaires with customized branding and logo design.

RockDaisy takes the guess-work out of sports science, and makes the entire process lighter, easier, and hassle-free. vendors

In addition to becoming the most widely-used data reporting platform in the NFL, RockDaisy is also partnering with clubs in the NHL, NBA and MLB, and with global brands like NatGeo and Microsoft. Our platform is winning over the entire sports data reporting landscape, and we’re excited to be expanding into new industries as well.

For more information, or to sample our platform risk-free, contact us for a demo or free trial.

Elvis designed RockDaisy specifically for the non-tech user, which means that anyone, from coaches to scouts to execs, can easily navigate the features and tools with very little training. No more IT requests for manual spreadsheets, PowerPoints or PDFs. https://t.co/cMjcAxcNhW
View on Twitter 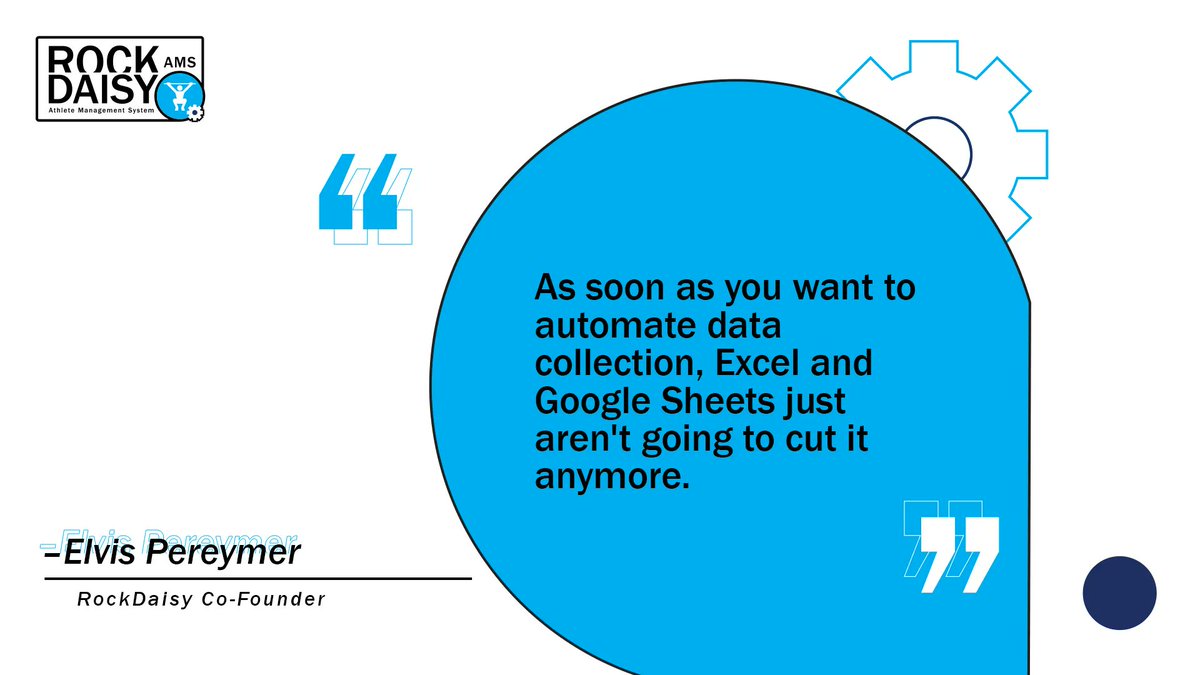 The days of coaches collecting RPE and other data via paper and pen should be firmly in the past...

This quote is from Chris Tanck, Co-Founder at RockDaisy.Chris takes pride in his ability to make data more accessible and easier to work with, and is excited by the industry’s future potential. https://t.co/o44HKGYEpz
View on Twitter 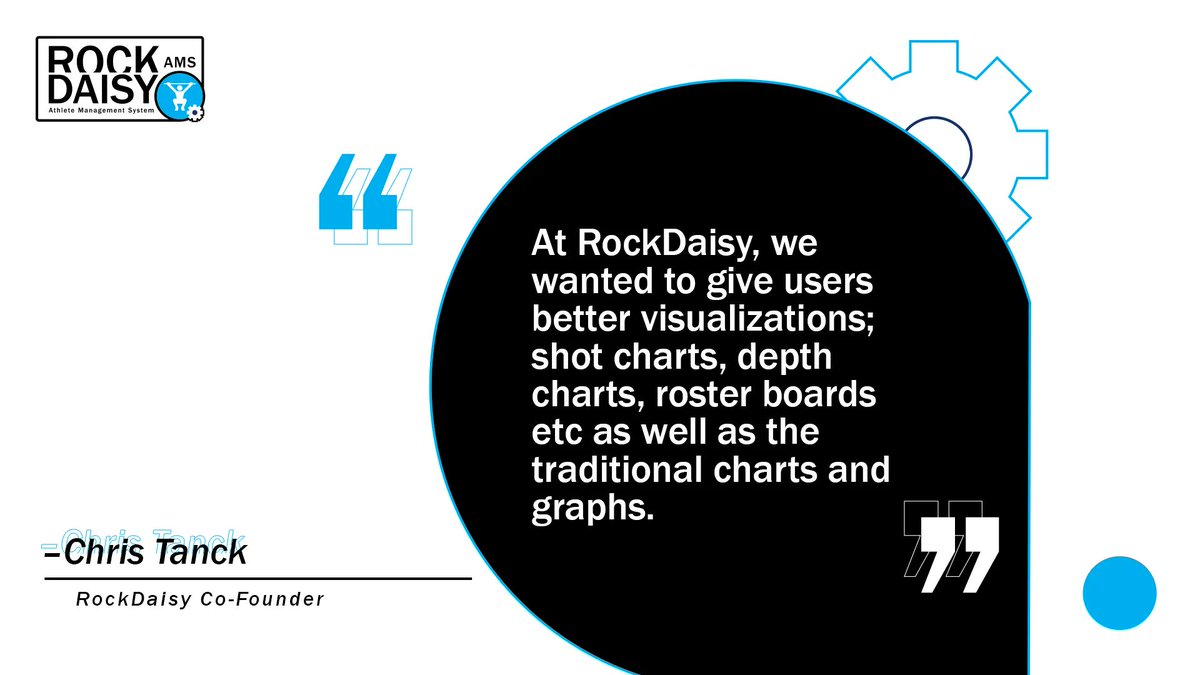 What a league wants from an AMS

"This pilot started as an AMS, we need to track athletes data, we can do wellness surveys, we need to track that. But then you hone in on the coach, the GM, and you say, what do you want to see? What would really help you?"

Here is a quote from Elvis Pereymer, RockDaisy Co-Founder. Elvis left the NFL to found RockDaisy in 2014. RockDaisy provides a single data activation platform which simultaneously connects to multiple sources of data. https://t.co/d976nBVuKM
View on Twitter 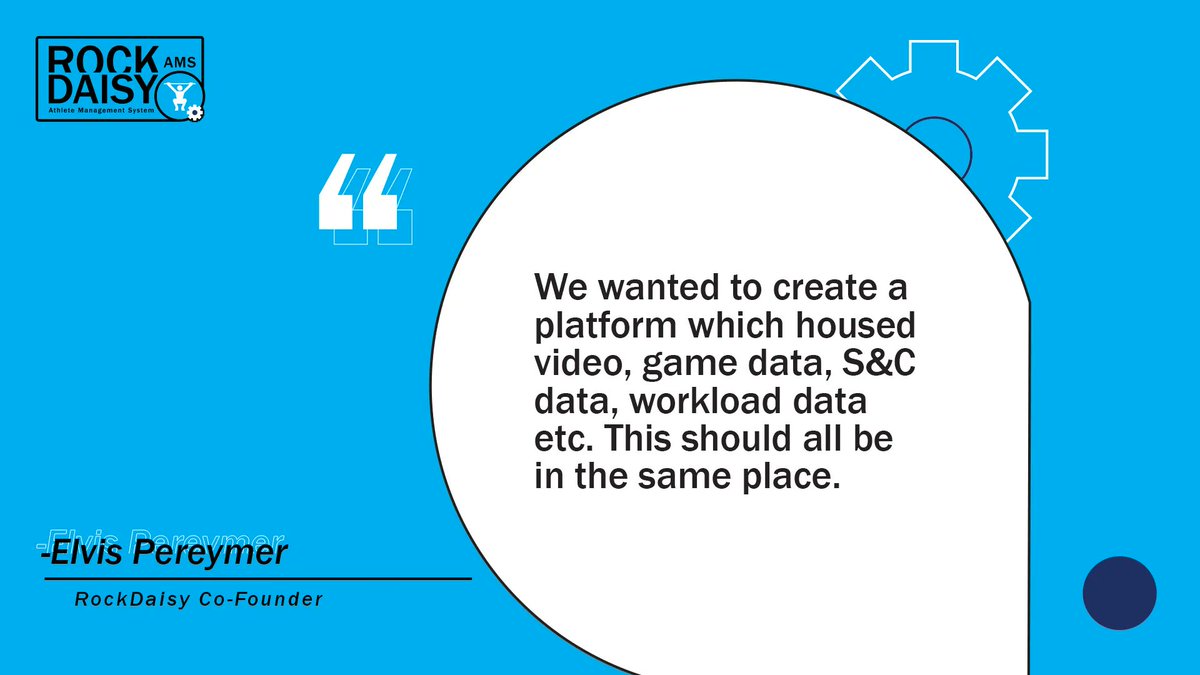 Despite being a tech company ourselves, we are always looking to learn from our users and understand how we can help.

@BillBurniston gave us an insight into how tech companies can help with athlete data collection compliance. https://t.co/RhmX5KXr5h
View on Twitter
1
1